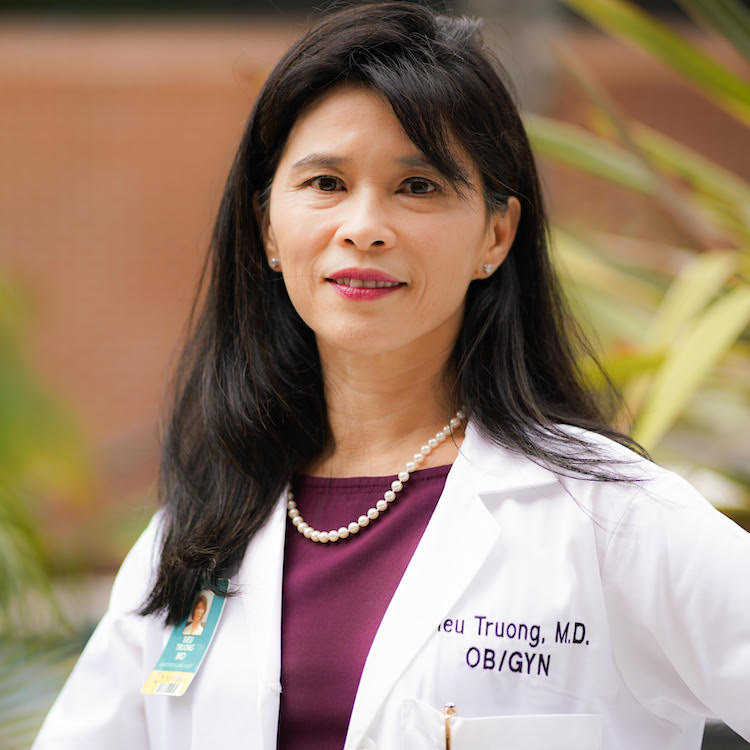 Dr. Truong’s passion for medicine started long before medical school. Influenced by her grandfather, who was a self-taught naturopathic doctor, Dr. Truong was determined to pursue a life long career to positively improve people’s physical and mental health. Through her loving care, Dr. Truong strives to empower women to take charge of their health and other life issues.

Dr. Truong was awarded a full scholarship to Tulane University in New Orleans, where she completed her Bachelor Degree with honors in micro-cellular biology. She subsequently accepted an additional scholarship to continue her study of medicine at Tulane Medical Center in New Orleans. Her love for medicine deepened as she rotated through each subspecialty, but ultimately she chose Obstetrics and Gynecology because of a deep personal connection she felt to the specialty. She graduated top of her class and was inducted into the Medical Honor Society Alpha-Omega-Alpha. She was bestowed the “Distinguished Women in Medicine” award, where she was one of two chosen from hundreds.

After completing medical school, Dr. Truong continued her training in Obstetrics and Gynecology at the highly acclaimed U.C.S.D Medical Center. There, she thrived as a resident, juggling the hardships of residency and new motherhood, giving birth to her first child. Dr. Truong learned how to balance many things in life to reach high goals and achievements. She subsequently was elected as “Chief Resident” of the year and was named the “Most Competent Resident Consultant” in Obstetrics and Gynecology for other specialties.

Dr. Truong specializes in minimally invasive surgery, including the latest laparoscopic techniques, and also enjoys the other areas of Obstetrics and Gynecology. She is particularly interested in preventative care, as well as providing high quality gynecological care. In addition to giving medical care, some of Dr. Truong’s greatest enjoyment in OB/GYN comes from getting to know her patients.